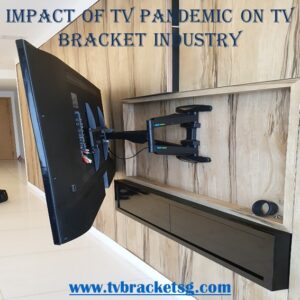 When manufacturers first started releasing flatscreen TVs, there were only LCD TVs available then. But today, the market has widened and it gave consumers additional options to choose from. Aside from the LCD screens, the modernizing technology gave birth to LED, OLED, QLED, Microled, and Plasma TV screens.

Cheapest Of The Flatscreen Tvs Are The LCD Tvs

As mentioned, the first in the game and generally the cheapest of the flatscreen TVs are the LCD TVs. These TVs used to be the most popular type of flatscreen before the development of LED models. They operate by using large fluorescent lamps behind the screen that shine through a matrix of colored liquid crystal display cells, hence LCD.

Then came the LED TVs. LED TVs are the most popular type of flatscreen in the market.  It uses thousands of tiny light-emitting diodes (LEDs) behind the screen to light it up. People think LCD and LED TVs are two different things but both use the same type of display, they only differ in the method they are lit u.

LED screens are also slimmer and lighter because the lights used in them are smaller than in LCD models. This slimness has advantages such as space-saving and portability and led to the discovery and use of TV brackets in Singapore and other places. Mounting flatscreen TVs on the walls will help you get the most of it as you can angle your TV to get the best viewing experience.

OLED, or Organic Light-Emitting Diode,  is one of the newest, state-of-the-art types of screen available.  This flatscreen TV uses smart pixels that create light themselves, making sure light doesn’t spread to unwanted areas on the screen. Hence, the display is crisp and clear.

Engineering Behind The OLED TV

The engineering behind the OLED TV screen is that they do not need backlights. This makes the screen super thin, thinner than a regular LED TV. Their lightweight and curved screens make it ideal for these TVs to be mounted on walls. To make it more presentable some use TV brackets in Singapore.

Competing against OLED TVs, are the QLED TVs. In essence, a QLED TV is the same as a LED TV, but they have an advanced and highly durable quantum dot layer that excellently enhances picture quality. Their display has the highest brightness levels and the greatest range of colors currently on the market.

The flatscreen TVs built with unique technology compared to the others are plasma TV screens. These TVs make use of hundreds of tiny gas cells that are sandwiched between sheets of glass. The cell acts as a mini fluorescent tube that emits ultraviolet light which shows as red, blue, or green subpixel on the screen. Three subpixels make up a pixel which combines to form the image.

With all these high-end and expensive TVs, it is only proper to get equally high-end but affordable supporting equipment. It is important to care for these TV screens to get the best use of them for a long time.  And the first step is getting the right wall bracket for that secure mounting on the wall.

TV brackets in Singapore have seen an increased in sales because of the convenience it offers among apartment dwellers. Apartments have relatively limited spaces compared to duplex or bungalow houses. Thus, the space-saving property of TV brackets as well as its security in holding the expensive appliance is sought after.

The Demand for TV Mounts

The demand for TV mounts everywhere is expected to increase along with the astounding sales of flatscreen TVs. It is predicted that the market will grow up to US$ 3,194.4 million by 2025 from US$ 2,653.8 million in 2017.

This is largely influenced by a number of factors such as preference among consumers, the security it offers, and the space-saving property which is important in small spaces as mentioned. Moreover, due to the rise in living standards of people across the globe, TV mounts will become a staple for flatscreen TV owners.

On the basis of type, fixed wall mount TV brackets accounted for the largest share of the TV mounts in the market in terms of revenue. These mounts are easiest to install and economical as compared to others. Because of these advantages, fixed wall mounts will continue to be in demand and will impact the TV bracket industry positively as a whole.

If you have invested in your flatscreen TV, it is time to invest in TV brackets too. Choose the best one that offers the most exquisite quality and durable TV brackets with installation at https://www.tvbracketsg.com/blog/.