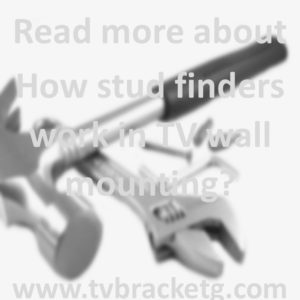 A stud finder might appear like a futuristic weapon, but it is a great and easy way to find and trace the stud behind your wall. Hanging hefty objects, like a flat screen TV set, on the wall requires you to anchor the fastener to the wall stud, which is usually unseen, rather than the drywall.

What is the purpose of a stud finder?

How does it work?

In a broader perspective, stud finders are like a touch switch on a touch-sensitive lamp. They make use of changes in capacitance to find out the location of the stud.

How do I use a stud finder?

All you need to do is place the stud finer on the wall and turn it on; make sure the buttons are held downside. Then slide the device horizontally across the wall. Once the stud is detected, the indicator light will flare up. Mark the point with the help of a pencil.

Remember that you need to be wary of erroneous readings, as the device might identify another mass behind the wall, like plumbing. But there is one way of avoiding this issue – you can make sure by finding two more studs placed at standard distances.

If you want to safely hang your TV set on the wall with a good TV bracket Singapore, you need to purchase a stud finder to locate the studs behind your wall. If not, you might risk your TV set falling off. For the best solution, engage us for the professional tv bracket installation.