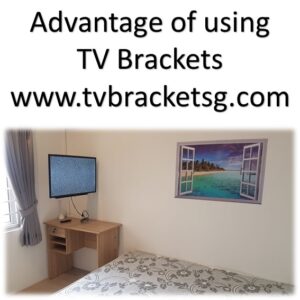 As an example the fat old television models are now being replaced by table top flat screen televisions. We cannot deny that the televisions are one of the most common appliances found in a single household. Every house has one to two sets of television that serves the family as leisure and entertainment.

Televisions arise as the media takes over the places of news broadcasting, video presentations together with sound effects are the common features of a television. Developed and equipped with antenna to gather signal in order to project videos. As the time passed by, people doesn’t need those fat looking televisions, aside from they are big, they are also space consuming appliance that occupies most of the spaces in a single table.

They Add Beauty to Your Home

As the time passes by, those fat looking televisions are now being replaced by flat screen TV. They look good because they are slim and have better viewing spaces for every corner. It is the rise of the flat screen televisions, they usually come in different brands and sizes but most of them are thinner and wider.

As the flat screen televisions arrive, they are usually placed in a table top. Many incidents happens to damage the TV as the table moves so that the TV will get unbalanced resulting the TV to fall on the floor and damage its pixels. So they come up with a solution to create TV brackets that will fix the TV screens on the wall.

Brackets usually come in different types and purposes, some are created with a specific TV brand so that they are ready to be used and some are being fabricated and available online and other hardware market stores. The availability of brackets is being popularized increasing its demand to the industry because many people patronize the usage of TV brackets.

There are many types of brackets according to its use, one of them is the flat surface bracket, considered to be the simple’s one and the easiest one to install. It also the cheapest one found in the market as it supports the older models of flat screen TV.

It Can Adjust the Angle

Next is the tilting brackets with its unique feature, it can adjust its angle based on the desired adjustments of the owner. It is also easy to use and install, manufacturers says that it is the upgraded versions of flat surface brackets because of its innovative feature.

Last is the full motion bracket, the most expensive one and the most complicated one to install. It has extra arms for its additional supports, used to move the television in different angles and have a better experience in viewing. Full motion brackets are required for the latest versions of smart TV’s and to those bigger sizes TV as it provides greater supports than those smaller ones.

There are a lot of advantages in using a TV bracket. One is to have an extra space because it does not require any table to be placed on. Next is that it has a better view when the TV is installed in the wall as it does not block any decorations and furniture in the room. Next is the use of bracket is safer than the usage of TV stands because there is a lesser chances that the TV might fall. And last is the TV that is mounted on the wall will give a better experience in viewing.

Most brackets are easy to install, first you have to buy your desired bracket available in the market, next is to fit it with your TV set. When the bracket matches your TV set, it is ready to be installed. When everything is ready, select your desired location of the TV set-up, when you have the decision place the bracket and mark its holed using a pen for it to be drilled.

Installation is quite easy but it requires some skills to be performed well. If fail to do so it may result to damages or even injury, so try to contact a skilled person to install the bracket.